We create the newest history of Ukrainian folk dance together with us! 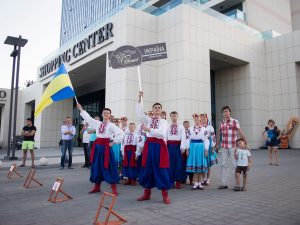 The folk dance group “Svitanok” is an ensemble that makes Ukrainian dance modern and interesting to everyone . ” Svitanok” – is the heart and soul of the centre of extracurricular education “ Lira” the Lyceum 25. The group was founded in 2004. Maxim Pechenenko is the chief teacher and chief choreographer ,a member of the national choreographic union of Ukraine. 2005 – being unknown dance group Svitanok was lucky to win Ukrainian Dance Competition. In 2006 “svitankivtsi” were happy to get new and well equipped ballet class. 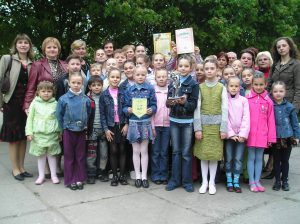 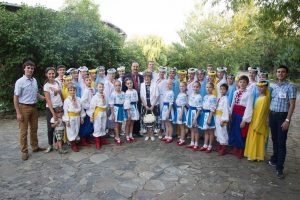 In 2010, it was awarded with the title of “Exemplary Artistic Collective” 2014 Full house in Kirovohrad Philharmonic during a report in two departments’ when Svitanok was 10 years. While giving a standing ovation the mayor presented Maxim Pechenenko Award ” Merit II degree. ” And in 2015 “Svitanok” was awarded the most honorable title – “Folk Art Group”. “Svitanok” has more than 40 choreographic stagings and also own New Year’s choreographic and dramatized projects: 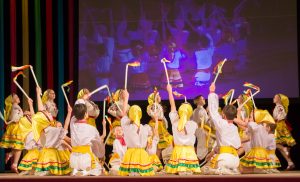 “Christmas Goes Good to Every House “; “New Year’s Miracle”, “Gift to Nicholas”, “Festive Mystery”, “Adventures on the Night Before Christmas” and a concert in two acts. The Rhythm and Dance, Creative Game, Group Lessons, Choral Singing, Gymnastics and Acrobatics , Theatrical Art ,Ukrainian National Dance and Masterly Movements – these are subjects that students study. Kropyvnytskyi ” Sviatnok ” showed skills on the best stages in 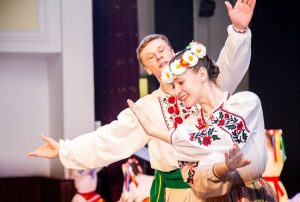 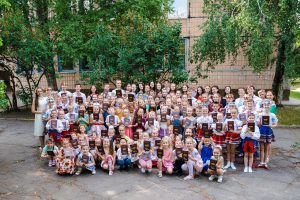 Classical dance lesson – a set of exercises that develop the ability of dancers, due to the observance of certain positions of the legs, hands, body and head. The basics of classical dance are made using the exercise, which consists of a dance lesson as a student and a professional ballet actor.

In “Dawn” the lesson consists of several parts:

Folk-stage dance – symbiosis of classical, folk dance and folklore sources. Studying this discipline will help the pupil to navigate in a variety of genres and forms of folk choreographic art. Folk-stage dance is an integral part of our collective.

The lesson consists of exercises near the machine, in the middle and etiudo forms.

Elements of gymnastics and acrobatics

Starting from the third year of study “Svitanchata” begin to take an optional part in gymnastics and acrobatics.

It is generally acknowledged that dancers who have a high culture of movement are able to perform technically challenging exercises easily and easily. Gymnastic exercises for girls and acrobatic elements for boys help in the development of coordination of movements, develop a vestibular apparatus, give impetus to the study and development of heavy technical elements, revolutions, reduce the child’s fear of stretching. Dance in Svitanok is the primary one, and acrobatics only complements and decorates it. Elements of acrobatics enhance the effect and give the usual number of elements of the show, make it brighter, stronger, enhance the impression.

In preparing traditional, New Year’s theatrical and choreographic performances, the pupils of our collective are engaged in theatrical, vocal and folk art, choral singing, studying directing and making stage essay with their own hands.

Individual approach to the guys: classical dance in separate groups, physical training, acrobatics, work on complex men’s equipment – this is a zest that distinguishes Svitanok from other children’s groups.

The best photos for you